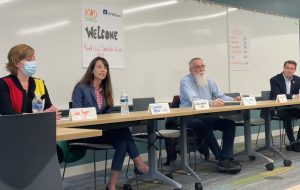 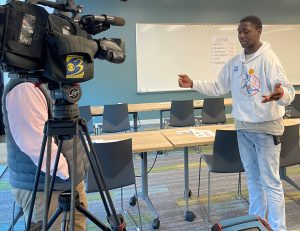 Kalamazoo – Young people involved with afterschool programs across the cities of Kalamazoo and Portage voiced a spectrum of concerns at an in-person candidate forum featuring several State Legislature races on October 10, 2022.

Sponsored by Kalamazoo Youth Development Network, YWCA Kalamazoo, and Michigan’s Children, the event highlighted youth concerns ranging from not only specific issues like mental health, gun violence, reproductive rights and protections for the LGBTQ+ Community, but also broader questions about the responsibilities between citizens and their elected officials.

Youths posed a variety of questions to elicit a sense of the candidates’ views on public service, 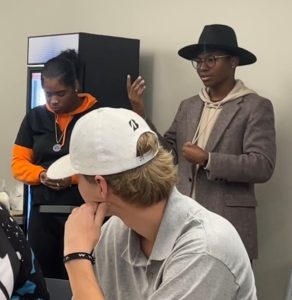 including: Who do you really work for? Who do you answer to?” and “What do you need from your constituents to do your job?” Candidates shared their support of increasing the number of Youth Advisory Councils for advising legislative offices on public policy issues in the community.

After the election, the winning candidates will get together again with Kalamazoo youth to dig deeper into their agendas and what the elected officials must champion for their community.